Thousands of LGBTQ+ people, their friends, families and allies lined the streets of Ryde, Isle of Wight for the 2019 Pride Event. This, the Third ever Pride event to be hosted on the island, follows last year’s ‘UK Pride’ being held on the island attracting 15,000 people.

The rain stopped and the sun started shining – perfect rainbow weather as we set off on the Isle of Wight Pride parade today.

The event itself was initial not planned to go ahead this year, a spokesperson for Isle of Wight Pride said “Back in April IW Pride announced its intention to have a ‘fallow year’ in 2019.  After receiving such an outpouring of love for the event the new trustees of the charity have worked hard with a small group of volunteers to make sure that we do have Pride this year.”

Breakout were delighted to join the parade to this year and we hope are looking forward to the next Pride events this summer in Southampton and Reading.

Breakout first came to the island in 2015 as part of the ‘Youth Offer’, where the charity provided free and confidential fortnightly support groups for LGBTQ+ young people, in addition to one-to-one support and teacher training, although by 2018, Breakout on the Island almost closed due to our funding being cut. However, thanks to some publicity in the local media following the Island being selected to host UK Pride in 2018, Breakout was saved when some much needed funding came our way.

We look forward to continuing our important work on the Island and supporting the annual Pride event.

More info on Isle of Wight Pride can be found here. 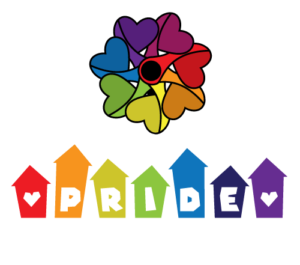